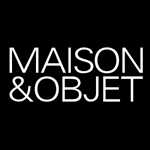 MAISON&OBJET has once again proven that it is the major hub for buyers worldwide. The January 2017 run of the show has seen a strong increase in visitorship: 85,825 unique visitors gathered in Paris, an increase by 12.31% compared to January 2016. Foreign visitorship has also registered a 17.4% increase, totalling 43,127 international visitors.

Overall, the fair received 135,875 visits from professionals. Managing Director Phillipe Brocart says, “The significant growth we have seen this season in the number of visitors, especially from aboard, is a very auspicious sign for the interior, design and lifestyle markets worldwide. Over the last few months, we have undertaken a large number of actions and initiatives in order to reach out to buyers and specifiers all over the world, working closely with our exhibitors. This collaboration has created a powerful dynamic that had a direct impact on attendance figures.”

Total of 2,871 exhibitors brought together the finest examples of the French and international design industry, with more than 800 new exhibitors taking part. The 1,719 exhibitors that traveled from aboard – accounting for 60% of total exhibitors – have proved the fair’s attractiveness worldwide; 307 exhibitors came from Italy, 184 from the UK, 159 from Belgium, 150 from Germany, 137 from the Netherlands and 80 from Japan.