The January Furniture Show Receives Support from the Industry 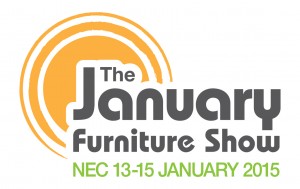 The January Furniture Show to take place from January 13 – 15, 2015 has received a further wave of support from across the industry with the BFM and a raft of big names now signed up for the all-new winter show.

With confirmation that Parker Knoll, Duresta , G Plan Upholstery,  Westbridge, Baker, Lebus, Ercol, Furniture Origins, Sherborne, Alstons, Mark Webster, Breasley, Vogue and many others will be exhibiting, it means that well over half the space available has already been booked.

The BFM is also committed to the January show. MD Jackie Bazeley said, “We are very happy with the outcome of the recent meeting with the new organisers of the January Furniture Show.  The recent exhibition under the auspices of UBM was highly successful for many members and many were keen to retain a January show at the NEC. The working relationship between The January Furniture Show and BFM will be mutually beneficial to both organisations and provide on-going benefits for BFM members.”

Said Furniture Fairs co-organiser Laraine Janes: “We’re delighted with the way in which the industry has so quickly shown its support for the January Furniture Show. We’ve listened to what exhibitors want, altered the dates to accommodate other international trade events and revisited the way in which we use the halls at the NEC.

“It is clear that the industry wants a January event to showcase its products to retailers who are looking to buy at that time of the year in order to see new product being delivered in to store for the Spring.”