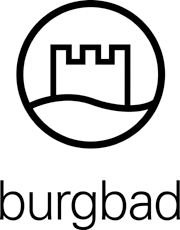 Crono is one of the most flexible and versatile solitaire collections from bathroom furniture manufacturer Burgbad. Thanks to its clear, linear design vocabulary and cuboid interpretation of volume, it is timeless as well. The broad spectrum of washbasins and bathroom furniture offers the same kind of planning scope you’d usually only expect from comprehensive furniture systems.

For the collection’s 10-year anniversary, Burgbad was presenting at the imm cologne 2014 at Pure Editions a whole series of new components which, besides adding new functions to the range, represent an evolution of its forms as well. Crono now looks even more restrained and even more reduced to the essentials – as well as providing even more storage space options and optimised usability. At the same time, its combinability with the rc40 furniture system has been improved as well. The character of the series, which was developed in collaboration with nexus product design, is shaped by a sense of tranquillity and its timelessly modern design. But the greatest benefits are, according to the manufacturer, in the details.

The most striking of the new components is the new sit-on washbasin: the perfectly round mineral cast basin hovers over the vanity unit on its simple, slender cylindrical base like a goblet for precious water. The simplicity of its basic form becomes startlingly clear when the sit-on basin is mounted flush with the top of the vanity unit and its base disappears completely into the cabinet – an option that can easily be implemented at a later date thanks to its flat bottom edges.

In terms of their shape, the two new rectangular mineral cast washbasins are not all that different from their older sisters. You have to look hard to spot that their overhangs have been reduced so as to achieve an even calmer overall look, or that their inner shape has been optimised to improve the water’s flow behaviour. And it isn’t so much the visual impact of the new shapes that plays the crucial role as the fact that Crono’s design and excellent usability have been successfully transferred to a more compact footprint: the 120-cm wide basin is now also available with a depth of just 42 cm, and the second model variant, which has a standard depth of 50 cm, can now even accommodate two full-depth basins across the same width. This was only possible thanks to the exceptionally thin edges of the basins – the result of highly sophisticated design engineering. Despite their reduced surface area, both variants are compatible with all conventional basin mixers.

Because of their reduced volumes, the new Crono models are ideal for use as sophisticated space-saving solutions that provide maximum storage space even in particularly narrow or medium-sized bathrooms.