Zucchetti.Kos expands the Closer range with new line of mixers 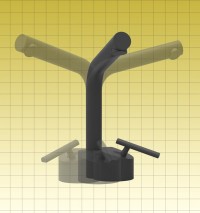 Zucchetti.Kos will be at the next edition of ISH, scheduled from March 14 to 18 in Frankfurt, to unveil a number of interesting new products. It will be presenting an addition to the Closer family, continuing its successful partnership with designer Diego Grandi.

The Closer showerhead, launched in 2014, turned out to be an award-winning product thanks to its ability to combine creativity, innovation and technology. The Closer family has now been expanded with a new line of mixers.

Diego Grandi says, “The idea of freedom embodied by the Closer showerhead is also expressed in the Closer tap collection. Joints and rotations remain a constant feature of the project, establishing a dynamic, direct relationship with water.”

Just as he did with the shower, the designer now explores and reinvents the gestures involved in using a tap, designing a flexible, adjustable project with numerous joints permitting direct, immediate interaction with the object. Closer goes beyond the limits of the classic mixer, to which the user has to adapt, and is designed to control and direct the flow of water as the user wishes.

With Closer, the Zucchetti.Kos group confirms its talent for enterprising, contemporary interpretation of the tastes and demands of a clientele increasingly receptive to new idea and product proposals packed with formal, conceptual and functional innovation.