Pierre Charpin is Designer of the Year at MAISON&OBJET Paris 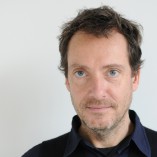 Pierre Charpin has been named as Designer of the Year by MAISON&OBJET Paris for 2017 and will showcase his work in a self-designed hub at the fair in January.

The official statement by Maison & Objet reads as: “Whether he is designing a collection for Galerie Kréo, a line of vases for the Manufacture Nationale de Sèvres, a series of ottomans for Ligne Roset or lamps for Wrong. London, Pierre Charpin keeps his eye for plastic arts and stamps his unique style on every piece he designs: formal simplicity, softened by curved lines and often highlighted by distinctive chromatic choices. Clean and sensual, elegant and warm, his creations instantly elicit an emotional response.”

Referred to as “an explorer of heart”, Pierre Charpin Charpin was born in 1962 in the outskirts of Paris to a family of artists. He trained at the Bourges School of Fine Arts and developed his culture of design in Italy, working most notably alongside various figures from the Memphis Group.

Since the early 1990s, Pierre Charpin has dedicated his work to furniture and object design, all the while pursuing a variety of research projects on materials and taking design commissions for world-renowned brands – such as the likes of the likes of Alessi, Hermès, Ligne Roset and Hay.