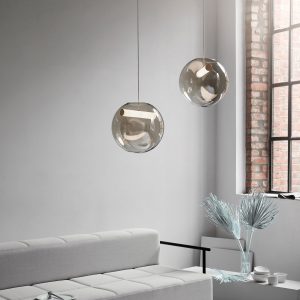 Northern has been illuminating lives for over a decade, and even though they launched a furniture collection last year, lighting is still in their DNA. Northern is happy to introduce four new members to their lighting collection: Reveal, Ombre, Blush and Ink.

Reveal : design by Silje Nesdal
As the designer fused contemporary style and traditional craftsmanship, she also found expression for elegance and simplicity. The light was pared down to the essentials to create a new relationship between structure, shade and light source. The shade is held in place by the acrylic LED light tube inside it, which is poised in a vertical position to hold it securely overhead. The caps at each end of the LED light tube are powdercoated in a matt brass finish. Reveal is unique in its ability to transform handcrafted components and industrial parts into a single, expressive design.

Ombre : design by Antoine Rouzeau
Ombre appears to be a multifaceted design, comprised of a compact base, a light source and an adjustable shade. Ask the designer about Ombre’s essentials and he’ll explain that there are only two: shadow and light. Like a dance between them, the light is projected upwards directly onto the shade, where it is softened and diffused. The shade captures the light in its contours and reflects it onto the surfaces surrounding it. 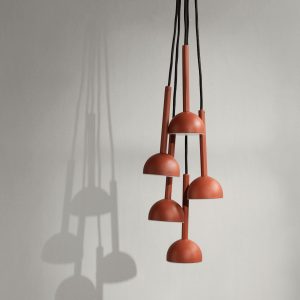 Blush : design by Morten & Jonas
Following its launch last year, the Blush wall lamp became an overnight success. This season, a new pendant lamp version is being introduced. The new product complements the wall lamp with a design that reflects its understated style and colourful character. Together, the two lights form a series that can coordinate with each other to create a single lighting scheme. Available in matt black, white or rust-red, the pendant lamp complements the wall lamps’ colour range, or creates a contrasting tone that sets it apart.

Ink : design by Felix Isidorsson
Like a drop of jet-black ink falling onto a crisp white page, the bold silhouette of the Ink wall lamp creates strong contrasts. The adjustable shade has been configured into a smooth, concave disc that reflects light directly onto the wall. As the light spreads beyond the shade’s rim, a subtle halo effect is created, resulting in a shimmering glow seldom seen in artificial lighting. The matt black surfaces of the shade and stem contrast sharply with the soft white light emanating from inside the shade.