M&O PARIS names Tristan Auer as Designer of the Year 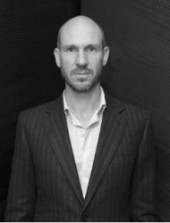 For every January and September edition, MAISON&OBJET PARIS honours the most outstanding names on the international design and interiors scene by electing a Designer of the Year for each show. In September 2017, MAISON&OBJET PARIS will recognise the talent of interior architect and designer Tristan Auer.

After training with the greatest names in interior and product design, Tristan Auer has developed his own style: bespoke creations, featuring a bold combination of classical references and avant-garde design. This approach lends coherence and originality to his creations, which favour user experience and wellbeing: the very point of art de vivre. Today, his name is associated with elegance and French style all around the world.

Being named as Designer of the Year for MAISON&OBJET PARIS September 2017 edition, Tristan Auer is set to exhibit his work on a stand entirely dedicated to him, located in Hall 8. Naturally, he decided his scenography would provide a stage for French art de vivre, which combines uncluttered classicism and sensuous modernism.

After spending days scouting the aisles of the fair, visitors will find there a place to rest and marvel – a magical time-out. Suggested by perfect architectural features (arches), light hues (white and pastel green), and a few vibrant colours, the concept develops around a selection of symbolic elements: a bar in the middle, which brings an element of fun and elegance; a vintage car, symbolising travel; and, to echo his interest in cinema, a series of recesses showing objects in cinematographic compositions.