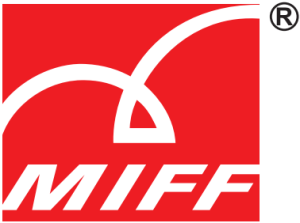 Malaysian International Trade Fair (MIFF) is marking its 20th anniversary in March, 2014. The growth of MIFF into Southeast Asia’s leading industry event and a global Top 10 furniture fair with 500 exhibitors and buyers from a significant number of 140 countries has cemented the status of the trade show for exhibitors.

MIFF 2014 will be held from March 4 to 8, covering 80,000 square metres at the Putra World Trade Centre and Matrade Exhibition and Convention Centre in Kuala Lumpur.

Some exhibitors make it a priority to occupy the same booth every year while many companies are now managed by second generation entrepreneurs who continue to choose MIFF as their best platform to raise visibility before a large international audience and to increase exports.

Fella Design, one of Malaysia’s premier furniture and fabric brands, exhibits only in MIFF because the trade show has helped the company secure more new markets such as in south and east Africa last year.

Buyers can look forward to Fella Design bringing back its popular wooden sofa sets at MIFF 2014 due to good demand.

Tube Home Furniture, a leading manufacturer of metal-based furniture, has occupied the same booth spot in MIFF since 1995 and lauds the trade show for helping to open new markets for local exporters despite the intense international competition.

Datuk Y C Tan, Chairman of Tube Home Furniture Malaysia, said, “From day one we have been taking part in MIFF. In the last 20 years, we have also exhibited in many international cities like Cologne, Milan, Las Vegas and also in the Middle East but we still find MIFF the best in getting instant orders. Also, in the first 10 years, MIFF gave us a lot of help in securing exports and clients, and it continues to do well even with the competition from China and Vietnam. Without MIFF, we will not be supplying to other countries as we are doing now. I hope MIFF will carry on for another 100 years.”