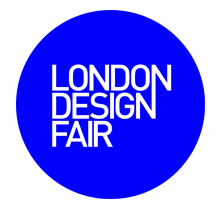 The London Design Fair 2017 is shaping up to be another prodigious design extravaganza, set to take place from September 21 to 24. When the fair opens its doors at the Old Truman Brewery, visitors can expect to see special showcases from various countries, independent design and global brands.

Some of the Country Showcases on display are:

An initiative of the project Off Portugal (whose aim is to support young Portuguese designers), ‘Glass Cares’ is a showcase of ten experimental glass pieces made by ten independent designers. At a two-day workshop residency in Marinha Grande (a region known for its glass-blowing tradition), each designer worked with experienced local craftsmen to create a distinct glass piece.

South Korea’s leading player in the field of design since 2002, Seoul Design Festival is a theme-oriented exhibition where designers express their creativity through experimental ideas.

Taking part in the Seoul Design Festival showcase, Craft Combine is a South Korean design collective run by four students from Hongik University in Seoul. With a collective expertise in photography, metalwork, product design and textiles, Craft Combine is interested in materials and processes applied across disciplines. OIMU is a Seoul-based studio whose work bridges the values of the past with the present-day. OIMU’s projects seek to help with the revival of secondary, nostalgic industries, such as the making of matches and incense.

Rotterdam-based Truly Truly was founded by Australian designers Joel and Kate Booy. The brand will showcase its industrial-design-meets-art wares. Studio Lizan Freijsen is captivated by fungi and challenges our negative perceptions of mould. As a way of embracing imperfection, Lizan’s project ‘Decay on demand’ transformed photos of leakages into wallpapers. Isaac Monté is fascinated with unusual materials (from recycled seat belts to roadkill fur), and possesses the urge to master and manipulate them. At London Design Fair, Isaac will launch Crystallised Insects, a new element of his ‘Crystal Series’. Studio Frederik Roijé is an international design agency whose products include furniture, lighting and accessories. The studio works assiduously to reach new levels of creativity and innovation. Steven Banken is strongly drawn to wood craftsmanship and history. In his recent ‘Tannic Acid’ series, Steven used chemical reactions to reveal the exceptional similarity in colour of two radically different materials—oak and steel.

In its third edition at London Design Fair, the Design in South Italy pavilion will once again present a fine array of products and materials, created by designers, studios and brands from Southern Italy.

Based in Ostuni, Apulia, Officine Tamborrino is a creative lab working with a number of freelance designers. ‘Caos’ is a curvy steel sculpture designed by Alessandro Guerriero. The mix of straight and curving lines offer an offbeat and rather maverick form of storage.