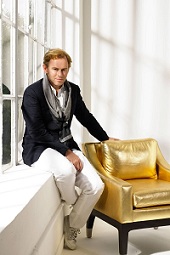 Insplosion disclosed some best interior designers project and their inventory work.These designers have achieved milestone projects in their life and executed some of the best ever and outstanding projects which have been appreciated throughout the world.

Being truly timeless and investing in a vision based on permanence through eras and different trends is something still relevant for interior designer David Collins works. Today, INSPLOSION wants to celebrate David Collins Studio and His Timeless Design.

From the beginning, the studio dealt with different kinds of projects: hotels, restaurants, and bars are the major ones. As well as, retail and residential. The inspirations are so vast and complex that they are not discernible. The firm designed from art to cinema, fashion to music to literature and history, everything could become the sparkle to stimulate his genius. 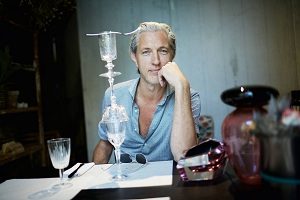 Designer. Provocative. Humanist. These are some of the adjectives capable of describing the persona behind Marcel Wanders. As well as an iconic figure – with an eponymous studio founded in 1996. Therefore with numerous collaborations with international brands – celebrated in all design worlds for his groundbreaking vision and style.

The “Designer of a New Age” – as he has been called – a philosopher whose visual aesthetics is trying to shape the design industry. Comparatively, through the contemporary language named “Contemporary Renaissance of Humanism”: a romantic and humanistic design approach that goes beyond the technocratic setting of our society. Additionally. offering a surreal, archetypical, romantic vision of different ages.

Marcel Wanders’ rebellious souls and innovative attitude led him through the years to give shape to surprising and disrupting projects. Together within his Amsterdam-based studio: creator of not simple design but of a multi-sensory experience. Therefore, he is always in search of a way to instill a new point of view, a stranger perspective in his works based on a mystical and magical wonder. 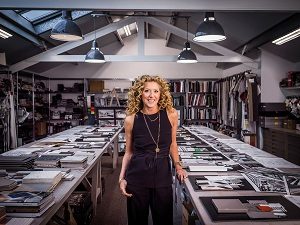 Have been listed multiple times as one of the most influential women of the United Kingdom, designer Kelly Hoppen is renowned all over the world for her signature style of natural tones, different textures. An “East meets West” mood that she described in her multiple books, starting from the first one in 1997 “East Meets West”.

The interior designer has precise nickname “The queen of Taupe” that announces her aesthetics’ specific features. Kelly Hoppen creates iconic atmospheres together with an ode to tranquility and relaxation. Interiors in which even opposite elements come together to recreate a balanced environment, thanks to a calm and natural-colored background.

Some of the designer favorites had always been the mid-century French style. His creations were closely connected with Dupre Lafon, Line Vautrin, Jouve, Rene Coulon, Jean Besnard, and Adnet styles. Even now, after his death in 2013, his legacy – the studio survives under the care of creative director Simon Rawlings, a long-time collaborator of the designer – is still intact and David Collins‘ vision is more present than ever. His projects created during the 90s it’s still pertinent after all these years, a visual reminder of the power of his philosophy and the style behind it.