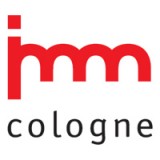 Light Labs is the slogan for this year’s Featured Editions at imm Cologne 2018. The exhibition is conceived as laboratories made up of small spaces only enclosed by transparent gauze, creating tent-like structures. Here light is given a space of its own where it can illuminate, shine through, reflect, sparkle, climb, radiate out and step into the limelight.

The creative exhibitors in the Pure Editions halls – including names such as Vitra, Cappellini and Zeitraum – have taken up the challenge and produced some extraordinary ideas. A stunning exhibition awaits trade fair visitors at the Featured Editions at the forthcoming imm cologne 2018.

Light takes the leading role in the featured editions

Each year, imm cologne exhibitors collaborate with a creative professional selected by them to develop new showcases presenting products in the development stage or as objects that are purely of aesthetic or cultural historical interest or, in some cases, from an unfamiliar angle following an artistic intervention. These original installations will be erected within the Pure Editions design segment on nine stages distributed throughout Halls 2.2 and 3.2. For the sixth Featured Editions, these stages will be constructed as Light Labs.

The Featured Editions is an exclusive exhibition format that imm cologne offers Pure Editions exhibitors each year, giving them the chance to make a statement in the form of an installation. Instead of having a single central location, the exhibition will be staged in nine pyramids called Light Labs scattered across the hall, reflecting the open structure of the hall’s architecture. Limiting the exhibition to nine pyramids guarantees an exceptional standard of quality and ensures that its statement to the public and the media is brief and to the point. All exhibitors interested in participating had to apply with a concept that they developed in collaboration with a creative professional – a designer, architect, interior architect, craftsperson or artist – to be staged at the fair. A jury made up of major industry players will select the best designs at imm cologne 2018.

The Featured Editions installations this year will not focus primarily on furniture, but instead on light and lighting in a different context unrelated to home interiors. Where furniture would normally take the spotlight, this year light itself will appear in the starring role.

Luminaires and light furniture are stacked in heaps, transported into the jungle or connected to form a glowing network. In Emu’s installation, luminaires are transformed into the mythical creatures of the deep and float over coral chairs, while in Zeitraum’s creation lights illuminate like pieces of jewellery in an artistically visual ensemble of branches made of brackets, and Gie El succeeds in making even rust shine. Vitra packs its Light Lab with Akari Light Sculptures, filling the stage so much so that light and space, sphere and pyramid, appear to be caught up in a battle for supremacy. Pedrali adopts a humorous take on the theme and presents a fight between good and evil in the form of a battery-powered lamp versus a band of plugs and cables. In the Alias installation, design classics are arranged on mirrored surfaces, creating multiple refracted images, while Cappellini examines the interplay between colour, light and glass, and Dante turns luminaires into navigation beacons.

Creative Director, Dick Spierenburg, says, “We are featuring light very prominently at imm cologne this year, with a focus on both decorative and technical lighting that is especially interesting for architectural solutions.” He explains how the project came about: “We wanted to give furniture brands and lighting manufacturers an opportunity to collaborate with this year’s Featured Editions theme.”

Spierenburg adds, “But the result is much more than a setting – furniture is staged with light and interacts with it. I can see the Featured Editions, together with lighting designer Lucie Koldova’s interpretation of “Das Haus”, being an inspiration for everyone who works in interior design because they present examples of a creative approach to light that are almost poetic in some cases and aesthetically highly sophisticated.”

At imm cologne 2018, the subject of light will be illuminated from two key perspectives: firstly, decorative light in its most varied forms and lighting-fixture designs and, secondly, technical lighting with complex and easily controllable lighting solutions. Luminaires that emit subtle light, add the final touch to a room as a design element or pick out key eye-catching features will be found in abundance in the Pure Editions segment. The new format, Pure Architects, on the other hand, is transforming itself into the home of technical lighting. LEDs, integrated lighting systems, lighting technology, lighting design, architectural lighting – the subject takes on a whole new dimension in the new-look Hall 4.2.