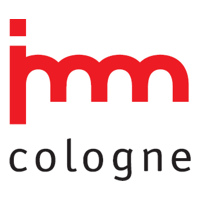 With the next imm cologne still seven months away, all signs indicate that the event in January 2015 will be another success. President and CEO of the fair, Gerald Böse, firmly believes that an increase in the number of international exhibitors and visitors will be recorded. With top exhibitors and events like “Das Haus – Interiors on Stage”, Koelnmesse can guarantee an interiors show which will provide new inspiration to the international furnishing landscape.

Everything is on the right track for imm cologne. Current interest levels in the international interior design show taking place in January 2015 are exceptionally high and the amount of registrations has surpassed the previous year. Approximately 65% of the exhibiting companies at imm cologne 2014 were from outside Germany, and this year will likely see yet another increase in the number of international participants. “imm cologne is becoming more of a reflection of international furnishing trends than ever. Buyers can choose from a large range of products from a variety of countries and furnishing styles.” An increase is desired not just in the number of exhibitors from abroad but also in the number of visitors from abroad. Koelnmesse’s international press tour where Gerald Böse and his team present the coming edition of the fair to editors in a variety of countries is one of the measures undertaken to deliver this rise in international visitor numbers.

Many renowned brands will return to imm cologne in 2015, like Vitra, Thonet, Walter Knoll, B&B Italia, Ligne Roset und De Sede, to name but a few. Additionally, imm cologne is pleased to be welcoming prominent newcomers like Fendi/Trussardi and the outdoor furniture producer Dedon. We will also welcome back prominent German exhibitors – Hülsta returns to imm cologne after 20 years’ absence.

Cologne becomes the hub of the international interior design scene at the beginning of every business year in January which Koelnmesse emphasises with its own projects. These projects further increase the attraction of the fair. Design formats like “Das Haus – Interiors on Stage” – an installation of an actual house on an area of 240 sqm at the heart of the Pure Village in Hall 2.2. “Das Haus” is created according to the plans of a different designer or architect selected every year. In 2015, Koelnmesse are proud to present the internationally influential designer duo Lyndon Neri and Rossana Hu with offices in Shanghai and London as creators of “Das Haus”. The team’s designs are characterised by the western principle of reduction being applied to the huge diversity of Chinese form, and their architecture studio is considered one of the most progressive in China.