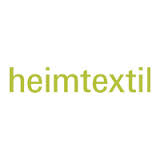 The Heimtextil 2017 show finished after four successful trade fair days in Frankfurt am Main. Almost 70,000 trade visitors from across the world attended the leading trade fair for home and contract textiles and were won over by quality and variety of the exhibited products as well as the trends of the new season.

Growth was driven primarily by Brazil, China, the United Kingdom, Italy, Japan, Russia, the USA and United Arab Emirates. A total of 2963 exhibitors from 67 countries presented their new textile products and designs across 20 halls and appeared to be highly satisfied by the orders they received and business contacts they made.

Detlauf Braun, CEO of Messe Frankfurt, highlighted the positives following the end of the trade fair: “The figures speak for themselves: Heimtextil grew once again in 2017 in terms of its visitor and exhibitor numbers. But it’s no longer about quantity and hasn’t been for a long time. I am especially pleased about the high quality of the products exhibited as well as the intensity of discussions between purchasers and exhibitors. Frankfurt is the international meeting place and beating textile heart of the interiors industry.”

The colourful fabrics and varied designs by well-known designers and young talent were very popular and attracted a lot of attention: “For me as a designer, Heimtextil is extremely interesting, in particular because I can see myself designing bed linen, pillows and other home textiles in future in addition to wallpaper”, says star designer Michael Michalsky, who presented his new wallpaper collection at the trade fair.

This year saw an end to bare walls and cold floors. Home textiles are celebrating their comeback in private homes. Curtains, carpets and decorative cushions are decorating people’s own four walls and lending them a personal note. “We can also confirm the trend towards more materiality. In addition to our new wallpaper products, we have seen an increased interest from visitors in our new fabric collections”, says Andreas Zimmermann, CEO Zimmer + Rohde.

After nutrition and fitness, sleeping will be the next big lifestyle theme. This was also proven by the numerous innovations seen in the bed segment.

Mediflow from Hamburg presented an improved version of its water pillow capable of full adjustments for firmness and supportive effect. Robert Kocher, European CEO of Mediflow states: “This year, we had lots of new customers at our stand who had heard about us and wanted to know more about our products or even ordered them directly. Visitors primarily came from the Middle East, China, the eastern European region and Scandinavia. We also enjoyed intense discussions with American and German customers. This is also the great strength of Heimtextil. You can shake hands with the world here. It is not just about sales, but also communication and establishing relationships or simply getting direct feedback on our products”.