Cevisama concluded with a promising note 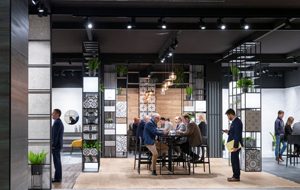 Cevisama, the international trade fair for the ceramic tile and associated industries, bathroom furnishings and natural stone, welcomed a total of 92,435 visitors to its latest edition, which ran from February 3 to 7 at Feria Valencia. The figure is 1.4% up on for the previous year’s event. 21,364 of these visitors were international professionals, who had travelled from 156 different countries, an increase in itself of 5.86% on 2019 and an unprecedented figure in the 38-year history of the foremost platform for Spain’s ceramic tile industry.

The figures mean that Cevisama has grown the foreign component of the total number of visitors by 23%, further boosting its international profile and its position as Spain’s leading trade fair and biggest annual business event in the Comunitat Valenciana.

As the fair’s director, Carmen Álvarez, explains, “Cevisama has managed to attract the key markets for the ceramic tile and bathroom sectors, with 35% of all the foreign buyers who attended coming from the traditional European markets (Italy, France, Portugal, the United Kingdom and Germany) and the United States, which is currently the world’s second biggest buyer of ceramic tiles.” 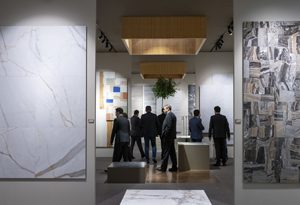 Specifiers are an increasingly significant target for Spanish manufacturers and a group that Cevisama’s organisers are endeavouring to attract in ever larger numbers.

Several new initiatives were launched to this effect for this year’s fair, such as the Hall 6-Design Hall, a hall dedicated exclusively to novel propositions geared to architecture and interior design projects.

The fair’s president, Manuel Rubert, has underscored the level of satisfaction the event delivered, not just in terms of the positive figures but, most of all “on account of the quality of the visitors who attended, which meant that exhibitors did close significant business deals.” Rubert also reiterated that the percentage of product specifiers visiting the fair, especially architects and interior designers, is greater every year, “and what is driving that growth is both the effort invested in the exhibition content of the fair and the extremely high level of the presentations given at the Architecture Forum, which has become the leading forum of its kind in Spain.” 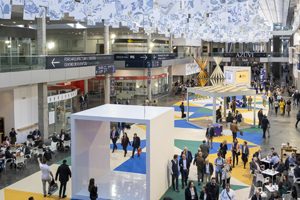 Feria Valencia’s Cevisama team is already working on the preparations for next year’s edition, which has been set fresh objectives “to keep improving the service we deliver to our exhibitors and the value we deliver to visiting professionals,” according to Álvarez. Dates for the next edition have just been set: February 8 to 12, 2021.