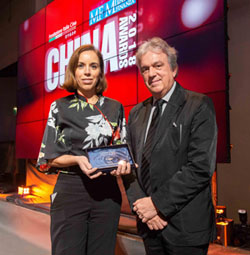 Marco Piva – the name has always been in the superior list in the field of interior design projects. He has achieved uncountable prestigious awards in his lifetime.

This time, Studio Marco Piva won the “Capital Elite Award” for the urban development in China which was held on December 5, at Milan, Italy.

The prize organized by MF-Milano Finanza with Fondazione Italia Cina, has been granted to peoples/companies who have distinguished themselves in the promotion and development of relations between Italy and China.