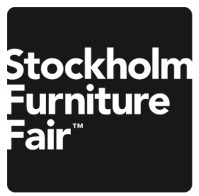 Stockholm Design & Architecture Talks is Stockholm Furniture & Light Fair’s own forum for knowledge and discussions in the area of design and architecture. The 2018 edition will feature influential guests such as Paola Navone, Piet Hein Eek, India Mahdavi, Penda and Assemble. This year’s theme is Visionary Thinking.

Stockholm Design & Architecture Talks is celebrating five successful years and will move to a more central location in Victoria Hall together with Design Bar. An additional day will be added to the program during the 2018 fair, which means five days of relevant debates and topics will be presented in lectures, panel discussions and trend talks.

Since founding his own studio in 1992, Piet Hein Eek has built a business around reusing old materials. At Stockholm Design & Architecture Talks, he will primarily focus on how our world is developing. He says: “We are still focused on continued consumption and being able to keep the same lifestyle. But, in my opinion, this is an illusion. I believe we should be taking a long-term approach to everything we do. And that we should try to find synergies in different parts of the production process in order to discover effective methods of working together. It is not necessary to always re-invent the wheel.”

India Mahdavi is based in Paris, where she founded her own studio in 1999. This studio has become known for its many international projects that explore architecture, interiors, scenography, furniture and object design. She is currently working with housing and public projects around the world. Her signature has become a sign of success for famous hotels and restaurants.

INSIDE – a discussion with Åke Axelsson, Jonas Bohlin and Mats Theselius

At the fair, a discussion will be moderated by Sune Nordgren on the possibilities of interiors to create inspiring or relaxing, comfortable or challenging, surprising or welcoming environments for everyone. The INSIDE exhibition will be open February 3 to March 11 at the Royal Academy of the Fine Arts and features three of the country’s leading interior architects: Åke Axelsson, Jonas Bohlin and Mats Theselius. They will display their top designs for a full range of interiors as well as some of their most iconic furniture.