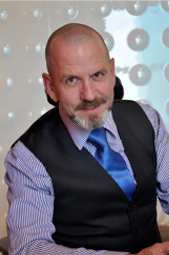 The Society of British & International Design (SBID) is happy to announce that they have appointed Tom Marquardt as their new SBID president for a period of 13 months. Tom is replacing Diana Calella who succeeded SBID’s Founding President, Dr Vanessa Brady OBE.

President and founder of Marquard+ and Former Vice President of HOK global interior, Tom Marquardt begun working in his new position as the President from October 2. As an internationally respected leader, Tom’s innovative work with interior’s, interdisciplinary design and branded environments have been recognised for more than three decades.

After joining in his new role, Tom opined, “ I am honoured to be appointed by the SBID Executive Board. My role will include championing industry improvement, design and thought leadership with the organisation to further the vision of SBID in raising standards of the design profession across the world. This is a crowing career role for me, and I will work hard to use this platform to continue to contribute to the success of the industry in the coming months and years.”

The Society of British and International Design(SBID) is one of the leading British professional accrediting bodies and representative for global interior design, supporting professional and trading standards of interior designers, architects and manufacturers. SBID works with business experts, government bodies, trade associations and academics to guide and measure the profession through best practice, setting the standard for the industry at large to develop future growth.